Skip to Content
Tuesday, January 31, 2017 — We’ve teamed up with Robinson composer, Jesper Kyd, to make the Robinson: The Journey soundtrack available on Bandcamp, where you can listen to it for free or purchase the album for $5. Whether you know Jesper by name or not, there’s a good chance you’ve encountered his work over the course of your gaming career. His evocative scores have provided the soundtrack for dozens of hit titles and earned him a prestigious BAFTA award along the way.

Principal Audio Designer at Crytek, Christian Schilling, explains how the partnership with Jesper came about for Robinson: The Journey: “Our Audio Director was in touch with a number of excellent composers who were invited to pitch music for Robinson based on concept art and a description of the game. Our producers, designers, game director, and art director then sat together to listen to the submissions and vote on their favorite–which turned out to be Jesper. The music he created is perfectly suited to the pacing of Robinson, and it has a minimalistic and other-worldly feel that really helps bring the game world to life.”

Jesper himself says the soundtrack is designed to emphasize the core themes at the heart of Robinson. “I wrote a score that embodies the feeling of discovery. The theme is written from a perspective of hope and wonder–as seen through the eyes of Robin–and the score helps to create a fantastical and mysterious atmosphere in the game. We worked on making the jungle come alive using analog and acoustic instruments as elements of the forest and creatures inhabiting the world of Robinson. The score is more minimal than I am used to writing and it's a music style that lends itself really well to the VR experience in Robinson.”

If you like the sound of that, get your hands on the entrancing music from Robinson: The Journey right now, right here.

Robinson: The Journey will be coming to Oculus Rift soon on the Oculus Home store. Find out more at www.robinsonthegame.com. 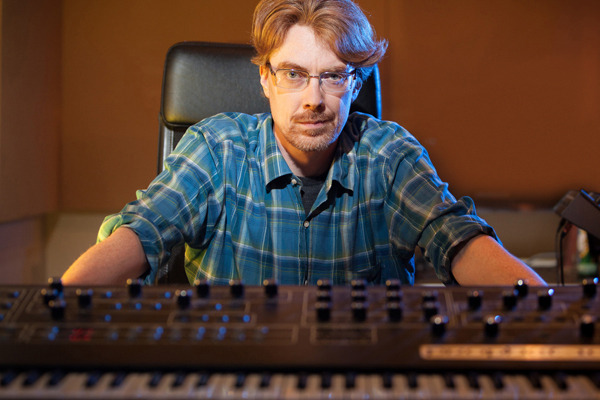