Skip to Content
Tuesday, December 20, 2016 — Frankfurt am Main (Germany) December 20, 2016 – CRYENGINE users can now prototype faster than ever before after the latest update to Crytek's development platform introduced a beta release of the new “Schematyc” System.

“Schematyc” is an intuitive visual scripting language that allows designers to create gameplay from pre-defined building blocks. Developers can now make complete games via drag and drop, without typing even one line of code. The clear interface allows beginners to create intricate scenarios while keeping an eye on every object and event in the world.

In addition to the release of the engine source code back in May this year, CRYENGINE 5.3 also lays the groundwork for the full editor source code becoming available with a succeeding update. This means every line of CRYENGINE code will be open to the public – unlocking fresh possibilities for developers and allowing for the creation of new tools and plug-ins driven by the CRYENGINE community. CRYENGINE’s Product Manager, Collin Bishop said: “On our roadmap releasing the editor source code is a milestone most anticipated by the community and I hope it encourages developers to create their own tools for CRYENGINE and tailor it exactly to their needs.”

CRYENGINE users will also benefit from a new asset browser system that makes it easier to manage their in-engine assets. Finally, the update's last addition is the integration of an open-source build system titled “CMake”.

Full details of all the upgrades introduced with CRYENGINE 5.3 can be found on the CRYENGINE Blog, while developers looking to tap into the game-changing power of CRYENGINE can visit https://www.cryengine.com and download the engine today under Crytek’s “Pay What You Want” system. 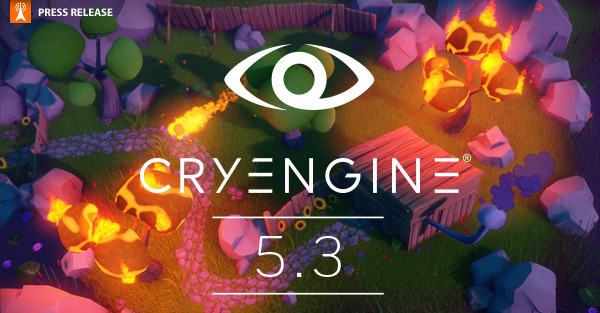